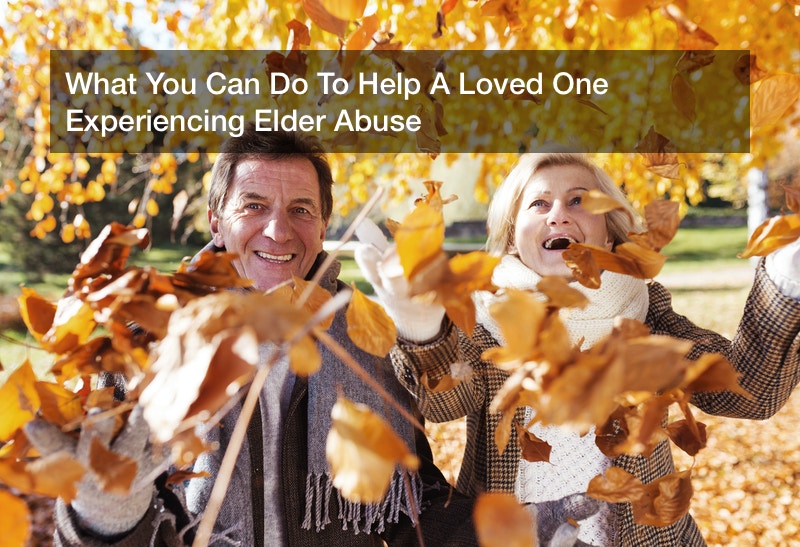 In the eyes of most people, the elderly are cherished loved ones who have lived hardworking lives and now deserve to receive the best care and respect possible. When you look at your grandma or grandpa, you probably see the person who has given you love and support, the person who carries all of the memories of your life and theirs, as well as the extended family history. Unfortunately, some people don’t see this. They see a vulnerable person who they can neglect, abuse physically or emotionally, or even exploit financially.

What is elder abuse and elder neglect?

Over half a million reports of elder abuse are made to authorities every year in the United States. Because of the psychological intimidation that comes with any kind of abuse, it’s highly likely that millions of other cases of elder abuse go unreported. These cases of elder abuse can take many forms, but elder abuse is most often defined as when an older adult experiences physical, emotional, or sexual harm, financial exploitation, or neglect of their welfare by a person or people who are directly responsible for their care.

Elder abuse typically happens wherever the senior citizen lives and their abuser tends to live with them. For example, a senior could live at home with an adult child who is an abuser. Abusers at home could also be other family members such as grandchildren or even a spouse or partner. Seniors can also experience elder abuse if they live in a facility that provides elderly care. Without the victim’s family around, staff members at the institution may feel that they have the opportunity to abuse the senior.

Older adults also become targets for abuse because of the physical and mental decline that comes with aging. As they become older, they become more physically frail and less able to take care of themselves, fight back attackers, or stand up to mistreatment. The mental and physical ailments seniors often experience can also make them trying companions for some people. If family members feel stressed about having to care for their older relatives or caregivers at senior living communities become overwhelmed with their duties, they may take it out on the senior. When someone is looking to take financial advantage of a senior, they may see an opportunity to if a senior cannot hear, see, or think as well as they used to.

If you suspect that an elderly person is taken advantage of in any of these, it is important to speak up. There are many advocate groups that you can contact online and you can hire a family law attorney, specifically an elder abuse attorney, to take care of the legal side. Victims often don’t think they have the power to stop their abusers. In the case of elderly people who are being preyed upon financially, it’s likely that they don’t even know and wouldn’t be able to defend themselves if they did.

Elder abuse takes many forms. Each form has its own signs, but the signs are often subtle to people looking in from the outside. Whether it’s intimidation and threats or direct neglect in caretaking, each form can severely affect the victim’s wellbeing, happiness, and quality of life. These are the most common forms of elder abuse:

Any of these forms of elder abuse can vary and include acts not included in the descriptions above. If you believe that a senior you know may be the victim of one or more of these forms of abuse, contact an elder abuse attorney as soon as possible. The sooner that you can get them legal help, the sooner that you can help them get reparations for the abuse they’ve gone through.

The signs of elder abuse can be difficult to pinpoint. Onlookers often mistake the signs as symptoms of dementia or of the elderly person’s frailty. If the caregiver is the abuser, they’ll likely explain these symptoms to you in this way and you’ll be inclined to believe them because of their authority. However, if you truly feel that there is something off in the way that a senior is being treated, you need to look past what the caregiver says and watch closely for warning signs. The sooner you spot a warning sign, the sooner you can contact an elder abuse attorney.

One common sign is frequent arguments or tension between the caregiver and the elderly person. If their relationship seems rocky from the outside, there’s a chance that it’s rocky from the inside too. Changes in behavior or personality in the senior is another common sign of any form of elder abuse. Other signs tend to vary depending on the type of abuse occurring.

In cases of physical abuse, the warning signs tend to revolve around how the elderly person appears. Any unexplained signs of injuries, such as bruises or welts, are key signs. This is especially true if they appear symmetrically on two sides of the body, as symmetrical injuries don’t often occur naturally. Frequent injuries such as broken bones, sprains, or dislocations are another sign. Look out for broken eyeglasses or frames as well. The signs of sexual abuse will be similar, but also include bruises around the breasts or genitals and underclothing that is bloody, torn, or stained. If the caregiver refuses to allow you to see the senior alone, that is another telling sign that they may be the cause of the elder’s injuries.

For emotional abuse, the warning signs often lie in the behavior of the caregiver and of the elder. On the caregiver’s side, you should look for threatening, belittling, or controlling behavior. On the elder’s sign, keep an eye out for behavior that mimics dementia, such as mumbling to themselves, rocking, or sucking.

In cases of elder neglect, the warning signs typically revolve around the physical condition of the senior as well as their living conditions. If the senior is living in a facility that’s on commercial property, be sure to make efforts to see their living space yourself. Look for unsanitary living conditions, including dirt, bugs, soiled bedding or clothes, and signs of water damage or mold in the room. Even a facility’s neglect to repair leaky roof can fall under neglect, as it affects their health and quality of life.

Living conditions that are unsafe, such as no heat and running water or LED lighting with faulty electrical wiring, can also signal elder neglect. If the senior is exhibiting unusual weight loss, malnutrition, dehydration, or untreated physical problems such as bed sores, contact an elder abuse attorney to report elder neglect. Contacting an elder abuse attorney in cases of neglect is important, as neglect can worsen over time if it isn’t stopped.

Signs of financial exploitation typically center on the senior’s financial accounts, statements, and information. This can include significant withdrawals from their accounts or the addition of names to their signature card. To spot signs, try to consider whether the senior can or would do certain financial activities. If they’ve suddenly purchased services, goods or subscriptions that they’ve never been interested in before or that they can’t actually use, they could be being exploited. For instance, a senior who’s never been much interested in making investments suddenly making regular payments to a securities attorney could be considered suspicious.

Financial activity they couldn’t have undertaken, such as withdrawing cash from the ATM when they are bedridden, is also a sign. If you notice sudden changes in the senior’s financial condition or that they’re missing items or cash from their household, they may be the victim of financial exploitation. Working with an elder abuse attorney is especially important in cases of financial exploitation, as they will need legal representation to get back the money that was taken from them.

In cases of healthcare fraud and abuse, the signs tend to consist of financial discrepancies as well as the senior’s physical conditions. If they’ve received duplicate billings for the same medical service or device, that may be a fraud. When they’ve paid their bills in full but there is evidence of inadequate care, that is another key sign. Evidence of overmedication or undermedication, which you may be able to spot in their physical condition or appearance, would be a sign of healthcare abuse.

Healthcare abuse can also take place in the senior’s treatment within the care facility. Whether they’re in a hospital or in a rehabilitation center for a surgery or treatment, signs of abuse include staff that is poorly trained or in an insufficient number, the crowding of patients, and inadequate responses to inquiries about the care of the senior. When going up against healthcare providers, working with an elder abuse attorney is essential. They’ll have the experience to fight larger organizations.

If you know an elderly person and see the warning signs of any of these types of elder abuse, don’t hesitate to come forward about the situation. You may be the only person in the position to help the senior. If you continue to see future incidences of abuse, continue to call and report them. Every report is a snapshot of the situation and the more information you can provide, the better chance the senior has of getting quality care. Report cases of elder abuse to the national hotline on elder abuse at 1-800-677-1116.

If the elderly person being abused is your family member and their abuser is an adult child, try telling other members of your family about your concern. Together, you may be able to convince the senior that the way they are being treated is not right. Don’t confront the abuser before you’re able to move the elderly person to safe care, in case they retaliate against the victim. With a group behind you, however, you can safely intervene and then contact an elder abuse attorney.

Remember to stick by the side of the senior and to not back down. They may have been a victim for a long time and need a trusted advocate.

The Bankruptcy Process: Understanding What It Means

A Brief Guide To Investing For Beginners

You Should Hire a Personal Injury Lawyer When…